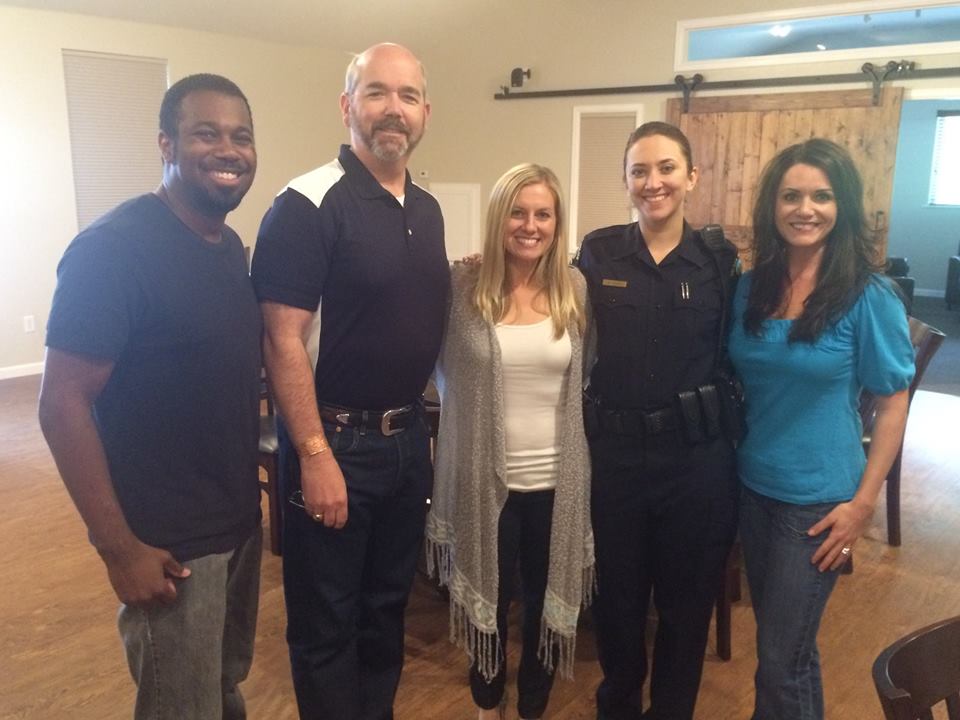 Matthew 22:39 states, “love our neighbor as ourselves.” This bible verse is the central theme of the film 2nd Greatest set in Golden, Colorado. The Bible explains how this rule is the second greatest commandment, hence the name of the film. Each year Nathan Blair, director of the movie, has the privilege to film the Neighborhood Rehab Project’s Day of Service. Receiving so many amazing stories the inspiration to create a film highlighting these narratives began. Taking inspiration from the NRP, the story evolved to include the story of how Golden rallied around its community. Also included is the true story of David Bolis who is shown through the character Devin, the homeless drunk in the film. Blair discussed, “There are a couple messages that I hope audiences will take with them. First, I hope they feel inspired to live out the Golden Rule.” He continued, “Secondly, I hope they understand the power of redemption and forgiveness. I hope they are encouraged to look past someone's circumstances to invest in their lives.”

There are several characters in this film being played by Big Fish talent including Kayla Bergholz who plays Marie Cooper, the pastor’s wife in the story. This character portrays a supportive wife, but also isn’t afraid to speak her mind. She is a smart entrepreneur, observant, witty, and knows herself well.  Her journey focuses a lot on the trust factor and trying to walk the path of faith but not knowing what is ahead. She is also figuring out how to balance her family life and being a leader in the community. Kayla explained that she has worked closely with pastor’s wives and understands the struggles they face which allowed her to bring that into her character. Kayla said, “From a wife’s perspective you have to see how to be a support to your husband first and your family and then the community.” She continued, “I think that’s a hard thing for women because they want to do both and they need to have their priorities first with the family.”

Big Fish actress Stacy Pederson plays an unhappy woman in a trailer park who is in an abusive relationship. She propels the plot line by setting the stage of the type of people who are living in the trailer park. Her character thrives on chaos, drama, and is desperately needy for male affection to increase her sense of self worth. Stacy spoke about how growing up in a very small rural town in Oregon she witnessed women that behaved in this way. She explained, “They have a desire, like everyone else, to be loved and feel like they are somebody.” She continued, “When there is no opportunity due to lack of education, finances, culture, etc. one does what one is surrounded with and knows.”

Elisa Vasquez portrays Officer Clay, a young cop attempting to navigate her job and her life. She’s provided with many different examples and is trying to make her decisions on what is best, what is right, and what makes her feel competent. This character probably is the one that most matches the role of the audience in that she is often a passive viewer of everything going on in the world of the film. Elisa explained, “I hope the audience will feel the call to action as Clay, and many other characters, find through their journey.” She said, “It’s so easy to stay passive and watch the world happening around us, but it’s only when we take steps towards sharing our love that those around us and we ourselves can grow together and become a community.”

Other Big Fish actors starring include Tami Reily, Jeff Pederson, Steve Austin, and Jamaal Curry. In addition, Amanda Aguero lent her skills on the crew. This film will be shown at Landmark Theatre in Greenwood Village on Monday, June 27th at 7:00 pm. Also on July 5th and 18th at the Landmark Century in Arvada.

Visit http://www.kingdomsightstudios.com/2nd-greatest for more details and links to purchase tickets.